Women Who Are Pregnant and Addicted Need Rehab, not Jail

Previous Next
Women Who Are Pregnant and Addicted Need Rehab, not Jail

FORT LAUDERDALE, Florida. According to the ACLU, 219,000 women are in jail. Most of these women are also mothers. The ACLU reports that one of the main reasons why the U.S. has so many women behind bars compared to other nations is that the U.S. puts women behind bars for drug crimes. When women are thrown in jail for drug crimes or addiction, they are separated from their children, splitting apart families. According to the ACLU, 25% of the women in jail are serving time for non-violent drug offenses. 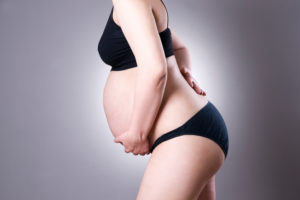 The standard treatment for women addicted to opioids during pregnancy is to have the women take methadone as a substitute. Yet, even babies born when a mother takes only methadone can be born with neonatal abstinence syndrome.

While addiction is categorized by most physicians as a mental disorder and an illness that needs treatment, in 24 states and the District of Columbia, women who use illegal substances during pregnancy can face child abuse charges. In Oklahoma and Montana, there are new laws that would prosecute women who use drugs, and in Alabama, 479 pregnant women were prosecuted and even imprisoned.

Pregnant women face unique challenges under the law when they are being charged for drug crimes. According to the New York Times, minority women may also be more at risk of facing harsher sentencing. Unfortunately, by criminalizing pregnant women, governments may be making it less likely that women will come forward. In fact, some find that women are more likely to make a change while pregnant because they are motivated by the sense of responsibility they have to their unborn child. Yet, addiction can be tough to beat without help, and women who fear that they’ll be charged criminally may not be willing to seek the medical help that they need.

Women who get treatment rather than jail are able to keep their families together and receive the support they need to recover. However, criminalizing pregnant women who are addicted to opioids may be preventing some women from coming forward and getting the care that they, and their babies, need. If you are facing criminal charges due to drug addiction or use, consider reaching out to the criminal defense lawyers at Michael D. Weinstein, P.A. in Fort Lauderdale, Florida. If you are being charged for being addicted to opioids or other drugs while pregnant, you could face jail time and child welfare services could become involved. With so much at stake, you need a qualified drug lawyer on your side. Visit us at https://mdwlawfirm.com/ to learn more about how we may be able to help.