FORT LAUDERDALE, Florida. According to Vox, America’s growing murder rates may be linked to America’s increases in drug overdoses. More specifically, the increase in crime might be linked to the opioid crisis ravaging America. The opioid epidemic has not only torn apart families with 64,000 drug overdoses recorded for 2016, it also puts its victims at increased risk of getting mixed up with the wrong side of the law. Individuals often start by abusing prescription drugs they have been prescribed legally. Over time, acquiring these drugs becomes difficult. Individuals sometimes switch to using heroin or other “hard” drugs, putting themselves at risk of being criminally charged for drug crimes. 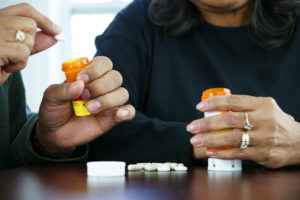 Up until recently, Americans suffering in the opioid crisis have stuck to abusing prescription painkillers. But, as prescription painkillers have become more expensive and harder to get due to increased controls, some individuals who have been addicted have turned to illicit drugs, like heroin. Possession and sale of heroin comes with serious risks. Individuals may be more likely to find themselves charged in the criminal justice system. Heroin use, purchase, and dealing can be far more dangerous and socially stigmatized than purchasing prescription drugs. The consequences of possessing heroin can be much higher than possessing prescription drugs.

As control of prescription drugs has become tighter, the drugs have become more costly. According to CNBC, some users have been turning to gift cards to pay for their expensive addictions. When individuals return stolen property without a receipt, stores often give individuals gift cards. These gift cards may then be sold at pawn shops or another location at a discount. However, if you are caught, you could face serious jail time, criminal charges, and have a criminal record that could follow you for a long time. In some cases, individuals would use other people’s IDs to get the gift cards, which could lead to other charges, including identity fraud. In yet other instances, individuals face counts of drug possession in addition to theft charges, if they are found with drugs.

Individuals experiencing drug addiction often suffer because they don’t have access to the treatment they need. Unfortunately, America’s criminal justice system sometimes favors a model that punishes victims of the opioid epidemic rather than helping them get treatment. If you are facing criminal charges for drug possession, drug use, or theft related to drug use, you may want to consider speaking to a qualified criminal defense attorney in Fort Lauderdale, Florida, like Michael D. Weinstein, P.A. Our firm can take the time to review your case, help you understand your options, and fight to help you get the best outcome under the law. Our attorneys understand the importance of treatment over incarceration. With the help of a qualified lawyer on your side, sometimes the courts may favor treatment above incarnation. Visit us at the mdwlawfirm.com to learn about what options may be available to you if you are facing drug crime charges. You are innocent until proven guilty.