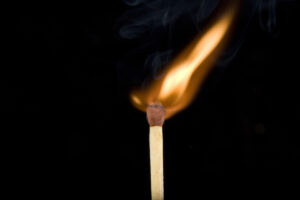 Have you been charged with arson in Fort Lauderdale, Florida? Arson is defined as the intentional decision to burn a property, either for economic gain through insurance fraud, because of revenge or anger, or to cover up another crime, or for thrill-seeking purposes. Arson may involve the commission of another crime. For example, if a person commits arson to get money from an insurance company, this is insurance fraud and arson. If a person commits arson to cover up a murder, the person could be charged with murder and arson. If a person lights property on fire as an act of revenge or to destroy property, this too, is arson. Arson investigations can get complex. Sometimes people might end up being charged with arson, even though they didn’t set fire to anything. If you are being charged with arson, Michael D. Weinstein, P.A. is a criminal defense law firm in Fort Lauderdale, Florida that may be able to help you.

There are two degrees of arson. Arson in the first degree is when a person is charged with setting fire to a building where there may be people present or where it isn’t clear whether there will be people present. Arson in the second degree is when a person is charged with arson in a building where there won’t be people present. Second degree arson, for example, can include charges that a person set a fire to a building after hours where there were no workers present. Conviction of arson in the first degree can result in felony charges and up to thirty years in prison, as well as fines up to $10,000, community service, and other collateral consequences. Conviction of arson in the second degree can result in a person being sentenced to up to 15 years in prison, fines up to $10,000, and additional collateral consequences. If someone was hurt or injured in an arson, individuals could also face charges for these injuries and harm.

While these penalties are understandably frightening, you are innocent until proven guilty. If you have been arrested for arson, you have the right to remain silent and have the right to ask to speak to an attorney. Michael D. Weinstein, P.A. is a criminal defense lawyer in Fort Lauderdale, Florida who may be able to assist you if you are being charged with arson.

What are some possible defenses for arson charges in Florida? There are several valid arson defenses. First, investigators might have wrongly declared a fire the result of arson. Fighting such a claim might involve you presenting evidence to show how the fire could have occurred accidentally. Forensic investigators often look at the patterns of burning to see whether fuel might have been used or involved in a fire. Sometimes these patterns occur because someone intentionally threw fuel onto a fire, but sometimes these patterns might occur because there was a spill that the homeowner or building owner may not have addressed or been aware of. Investigators can see where the fire started. Did it start from one source or multiple sources? Multiple sources would be suspect. How the fire was fueled can also play a role. Did there appear to be kindling used or not? Sometimes what appears to be kindling might just be unusual items in a home. For example, one investigator might think that the presence of newspapers is because a person wanted to commit arson, but what if the person was a hoarder? All of this evidence must be taken into account.

Fires that started in error—a lit cigarette, a candle, a kitchen fire—are not arson. If you can prove that the fire started in error (multiple lit candles, for example), you may be able to show that a fire wasn’t the result of arson. Arson is a very serious criminal charge. If you are being wrongfully accused of arson, consider speaking to Michael D. Weinstein, P.A. a criminal defense law firm in Fort Lauderdale, Florida today. 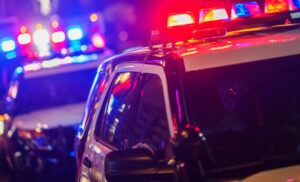 Sometimes individuals are wrongfully accused of arson. If you have been arrested for arson, you have the right to remain silent and have the right to ask to speak to an attorney. While a public defender may be available to you, these lawyers are public attorneys and may not always have extensive time to devote to your case. If you are facing the damage of your reputation, prison time, and other serious consequences, you may want to speak to the private criminal defense lawyer at Michael D. Weinstein, P.A. in Fort Lauderdale, Florida today.