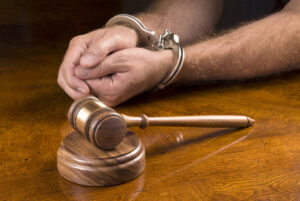 Were you charged with kidnapping in Fort Lauderdale, Florida? Kidnapping is when a person imprisons, abducts, or takes someone against their will someplace they do not want to go. A person can be considered kidnapped if he or she is confined or taken without their consent. It is possible for a parent of a child to be accused of kidnapping, especially if a parent takes a child during a custody battle or confines a child without the permission or knowledge of the other parent. Kidnapping is a very serious crime. Kidnapping is a first degree felony, punishable of up to 30 years in jail and a fine up to $10,000. Kidnapping of a child is considered aggravated kidnapping and this comes with a potential life sentence in jail. A person could also be charged with aggravated kidnapping if during the kidnapping, the person uses a weapon to conduct the kidnapping, or if the victim is a police officer or government worker.

Have you been charged with kidnapping in Fort Lauderdale, Florida? The penalties for kidnapping are very serious and can impact you for life. However, you are innocent until proven guilty. If you have been arrested for kidnapping, you have the right to remain silent and the right to ask for a lawyer. Michael D. Weinstein, P.A. is a criminal defense law firm in Fort Lauderdale, Florida that may be able to assist you.

There are several defenses that you may be able to use if you are being charged with kidnapping. For example, if you are a parent being charged with kidnapping, you could claim that the charges are unfounded because you didn’t intend to kidnap the child. In child custody situations, parents may not always communicate clearly with one another. If the situation results from a lack of communication and there was no intent on your part to confine the child or take away the other parent’s custody rights by removing the child from the parent, then you may be able to claim lack of intention as a defense. The same defense could also hold true if there was miscommunication with an adult. For example, a person may consent to go somewhere, and then claim that they didn’t consent. This can happen with an elderly person who may be suffering from illnesses that impact memory. There might be mistakes as well that could potentially arise in kidnapping charges. For example, if you accidentally lock a door, trapping someone somewhere, but didn’t intend to confine them, but the confinement took place, you may need to prove that you had no intention to kidnap the person, but that the door or room was accidentally locked. These are just some potential defenses to kidnapping charges. Sometimes individuals are charged with kidnapping because they are wrongfully accused. This can happen if a victim misidentifies you as a perpetrator. If a person was abducted and raped or harmed, and then got away, this can be an incredibly stressful experience and these experiences can impact a person’s memory. Individuals can sometimes be wrongfully accused of crimes because of racial profiling, similarity in appearance to the actual person who committed the crime, or errors in police work. If you were arrested and police failed to read your Miranda warnings, failed to honor your request to remain silent, or failed to let you speak to your lawyer, this could also harm the prosecution’s case. Facing kidnapping charges? Before taking a plea deal, consider speaking to an attorney. Michael D. Weinstein, P.A. is a criminal defense law firm in Fort Lauderdale, Florida that may be able to help you. 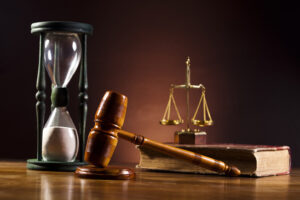 Kidnapping is a very serious charge, and ordinary people can face charges for this crime, especially if you are facing a tough custody battle with your kids. Misunderstandings can sometimes arise in the unfolding of a custody battle. However, there are other situations where a person could be innocent and face kidnapping charges. Michael D. Weinstein, P.A. is a criminal defense law firm in Fort Lauderdale, Florida that works with individuals who have been charged with crimes. We defend the rights of the accused and may be able to help you. Kidnapping charges are serious, but you have the right to a lawyer and have the right to remain silent if police are questioning you. Reach out to Michael D. Weinstein, P.A. in Fort Lauderdale, Florida today to learn more about how our criminal defense law firm may be able to help you.