What Is the Difference Between Possession and Trafficking?

Previous Next
What Is the Difference Between Possession and Trafficking?

Florida courts take drug crimes seriously because people who abuse substances aren’t just putting themselves in danger. They’re also risking the lives of those around them. For example, if someone gets behind the wheel while under the influence of drugs, he or she is also endangering everyone else on the road. 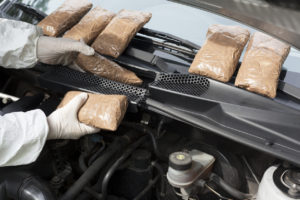 Heroin, in particular, has become more popular across the country in recent years, and Florida is not immune to this resurgence. According to the Electronic-Florida Online Reporting of Controlled Substances Evaluation, there were 779 heroin-related deaths in Florida in 2015.

If police have arrested you for possessing or trafficking heroin or another controlled substance, you could be facing serious penalties including a lengthy prison sentence. Turn to attorney Michael D. Weinstein, PA to discuss the details of your case and devise a comprehensive defense strategy. Call 1-877-639-4404 to schedule an initial consultation with a Fort Lauderdale criminal defense lawyer.

What Is the Difference Between Possession and Trafficking?

Drug possession is fairly self-explanatory and simply refers to scenarios in which police find individuals in possession of small amounts of controlled substances. Trafficking, on the other hand, refers to situations in which police believe suspects are involved in organizations that carry controlled substances across jurisdictions for the sole purpose of widespread distribution.

Police do not have to find you with drugs on your person in order to charge you with trafficking if they have gathered substantiated evidence of your role in the organization. The penalties for trafficking or delivering drugs are severe and depend upon the drug in question, the amount delivered and the locations involved.

For example, under Florida Criminal Code Section 893.125, if police find you in possession of more than 25 pounds of cannabis, you could face felony trafficking charges. If the total amount was less than 2,000 pounds, penalties include a minimum three-year prison sentence and a fine of $25,000.

What Is Possession With Intent to Sell?

Is Possession a Felony?

If police charge you with simple possession, you could be facing misdemeanor or felony charges depending on the circumstances of your case. The drug in question and the amount that police find on your person are two determining factors between misdemeanor and felony cases. Additional aggravating factors can increase the severity of the charges.

If you are facing drug charges in Florida, contact Michael D. Weinstein, PA. As your criminal defense lawyer, Mr. Weinstein will help you devise a defense strategy based on the unique facts of your case.

Call 1-877-639-4404 to schedule an initial consultation with a Fort Lauderdale drug attorney. Visit USAttorneys.com to learn more about drug crimes in Florida.