According to NewsTalk Florida, an 18-month investigation has led to the arrest of an 84-year-old Florida doctor. The Drug Enforcement Administration alleges that the physician illegally distributed approximately $10 million worth of pain relievers by issuing prescriptions for more than 16,000 amphetamine pills, 64,000 morphine pills, and 400,000 oxycodone pills. 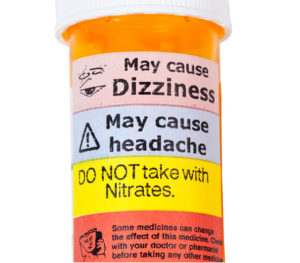 The Sun Sentinel reports that police arrested the man at his office, and a judge released him the following week on a $500,000 bond. The doctor cannot practice medicine or prescribe drugs until the criminal case against him has been resolved.

He is currently facing 10 federal charges, which include conspiracy and attempting to dispense prescription drugs. Federal agents claim that three of the doctor’s employees were also involved in the conspiracy, and they are each facing one count of conspiracy to distribute oxycodone as a result.

If you are facing drug charges in Florida, contact Michael D. Weinstein, PA. Mr. Weinstein will evaluate your case and structure a comprehensive defense based on your unique situation. Call 1-877-639-4404 to schedule a free case evaluation with a Fort Lauderdale criminal defense attorney.

What Are the Penalties for Possessing Oxycodone Without a Prescription?

Oxycodone is a Schedule II drug in the state of Florida, which means it has a high potential for abuse, and doctors need to prescribe it with care. Because of this classification, individuals who possess less than 4 grams of oxycodone without a valid prescription could face third-degree felony charges. Potential penalties for such a conviction include:

Individuals who possess more than 7 grams of oxycodone can face a much more serious charge for drug trafficking. These weights refer to how much the actual pills weigh, not the dosage of each pill, and the penalties for trafficking oxycodone ultimately depend on the amount of the drug in your possession.

If you are facing possession or trafficking charges, Michael D. Weinstein, PA can help. Our office is available 24 hours a day.

Call 1-877-639-4404 to schedule a free consultation with a drug lawyer in Fort Lauderdale. You can learn more about criminal defense strategies in Florida by visiting USAttorneys.com.