Previous Next
Juvenile Criminal Defense in Florida: Parents Being Billed for Children’s Detention

FORT LAUDERDALE, Florida. Imagine this: your child has been found guilty of criminal charges and your child is sentenced to time in detention. Then, you get more bad news. You are told you’ll have to pay the bill for your child’s detention. In some cases, the state calculates these fees using child support guidelines and in other instances you get a flat bill for every night your child spends in detention. For many parents, whose children have become involved in the criminal justice system, this is a reality. According to the Washington Post, parents sometimes have to foot the bill for their children’s nightly stays in detention. Some of the bills are as high as $1000 a month. For poor parents trying to make ends-meet, the bills are all but impossible to pay. In some cases, even if a child is later found innocent, but was held at a detention center, parents may later get a bill. 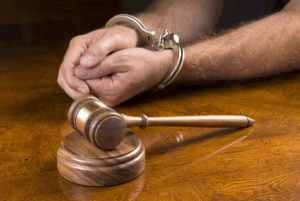 How is this possible? Policies put in place in the 70s and 80s shape the current criminal justice landscape. Policymakers believed that by holding parents financially accountable for their children’s time in jail, that parents would then work with their communities to keep their kids out of jail in the future. Yet, parents affected by these costs are often poor and end up buried in debts they cannot afford.

When a child faces criminal charges, the costs can already be immense. Families might hire a criminal defense lawyer and they may be later be required to pay fines and shoulder other costs if a child is found guilty. In some states, collection agencies go after parents, putting additional financial strain on families who may be facing one of the most stressful times in their lives.

Fortunately, some states are doing away with the detention fees. According to the Marshall Project, which initially investigated detention fees, California recently passed legislation that would end the bills that parents receive. Florida has not shown signs of changing, yet.

So, what can families do to protect their rights, their pocketbooks, and their children? First, if your child is facing criminal charges in Fort Lauderdale, Florida, find a qualified criminal defense lawyer like Michael D. Weinstein, P.A. Our firm will take the time to understand the evidence gathered against your child and fight for his or her freedom. We will work hard to help your child get the support and help he or she needs. In many cases, community programs and private rehabilitation services offer more resources than juvenile detention centers can provide. All too often, families and their children get lost in the criminal justice system. You are innocent until proven guilty. Visit https://mdwlawfirm.com/ to learn more about how we can help.