When a Relative is Arrested

Previous Next
When a Relative is Arrested

FORT LAUDERDALE, Florida. In the wake of the shooting in Las Vegas that left at least 58 dead and another 489 injured, investigators are struggling to understand the shooter’s motive. The investigation has expanded beyond the shooter himself, leading to questions about whether the shooter’s girlfriend was aware of his plans. According to the New York Times, the shooter’s girlfriend claims that she knew nothing about her boyfriend’s plans. In fact, the Times reports that the woman thought the man was breaking up with her when he sent her abroad before the crime was committed. 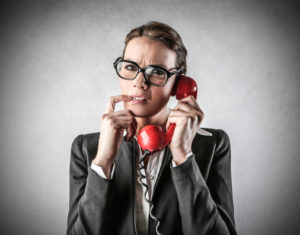 The woman claims she had no idea that the man was planning what would later become the deadliest mass shooting in American history. As the F.B.I. struggles to understand the man’s motives, the girlfriend has been subject to questioning. The shooter sent her to the Philippines, but she returned voluntarily to answer questions by the F.B.I.

What should an innocent person do if they find themselves facing police questioning for something a family member or loved one did? Michael D. Weinstein, P.A. is a criminal defense lawyer in Fort Lauderdale, Florida who works with individuals and families facing police questioning. Our firm can stand beside you during police interrogations and help you understand your rights when it comes to potentially incriminating questions that could put your rights or freedom at risk. You also have the right to remain silent. However, if you choose to remain silent without specifically invoking your Fifth Amendment rights, your silence could potentially be used against you in court. A recent Supreme Court ruling has made it permissible for a person’s silence to be used against them in trial.

According to the Atlantic, if you choose to remain silent before you are read your Miranda Rights, your choice to remain silent could be used to find you guilty later in trial. This means that individuals facing police questioning before they are formally charged with a trial may not always know how to best protect their rights.

Because the law regarding your right to remain silent has gotten more complex, it may be wise to speak to a lawyer if you are facing any interactions with police in connection with a crime. If you or a loved one is under arrest, it is important to understand that you are innocent until proven guilty. However, in order to protect your innocence, you need to understand your rights. Visit https://mdwlawfirm.com/ to learn more.